Luxury dilemmas for Russia and Brazil in the World Ranking

Conclusion from the Grand Prix in Havana is position improvements in the latest IJF World Ranking for the top athletes of Russia, Brazil and Hungary and some minor changes for some of the finalists. The big winner was Havana gold medallist Artem Bloshenko of the Ukraine who’s now at 16 from 22, an almost certain qualification. In that category Karl-Richard Frey changed position with Cyrille Maret after his final in Havana. Elmar Gasimov is still leading here followed by Krpalek.

No changes in the top 10 U60kg where Takato Naohisa (JPN) is the World Ranking leader. Havana Winner Eric Takabatake is now at this best ever position ranked 12th equal to May 2015. Felipe Kitadai is 14th, another upcoming qualification battle for the next events in Paris and Düsseldorf.

Kamal Khan-Magomedov of Russia is back in the top 10 U66kg after his victory in Havana. He is now ranked 7 from 13. His teammate and rival for Olympic qualification Mikhail Pulyaev is safely at 3. 2012 Olympic champion U60kg Arsen Galstyan at 26. Khan-Magomedov’s is one place from his best ever position in May 2013, sixth of the world. No gentlemen's agreement possible between the two, only one will get it all. A comparable situation with 2012 when Musa Mogushkov and Alim Gadanov had excellent and comparable positions and results. Mogushkov qualified but lost in the first round. Still it's a feeling of the Russian management, that couldn't complain in general in London.

U73kg Rustam Orujov of Azerbaijan has strengthened his World leading position, although none of the positions in the top 10 changed after this week.

Asley Gonzalez of Cuba moves up to rank 8, from 10, finalist Krisztian Toth of Hungary rises to 5 from 6 swopping with Beka Gviniashvil who debuted U100kg at the Grand Slam of Tokyo.

Havana winner Renat Saidov is back to 7 from 10, also finalist Barna Bor improved his position from 6 to 5 +100kg.

No serious changes U52kg where Andreea Chitu is leading comfortably. Another Hungarian moves up; Hedvig Karakas now to 7 from 9.

Havana winner Abigel Joo is back in the top 10 kicking out Madeleine Malonga (FRA). Joo’s best position was 2 for 30 weeks from May 2013 until in May 2014 with minor changes. 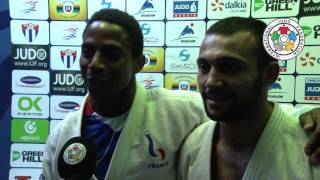 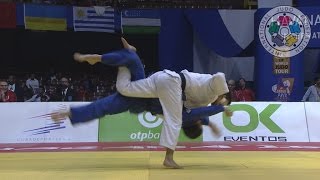