With Guram Tushishvili it's all or nothing Last week Guram Tushishvili took a bronze medal at the European Championships in the heavyweight categort. For a long time, he was known as the all-or-nothing player. Guram Tushishvili would either get a gold medal or no medal at all.

This was true for a long period of time, early in Tushishvili's career. His first IJF World Tour event was the 2013 Baku Grand Slam where he lost in his first match. From that point through to the 2020 Dusseldorf Grand Slam, he would either get a gold medal (he would accumulate seven of them during this period) or nothing at all. This trend was finally broken at the 2021 Tel Aviv Grand Slam where he got his first IJF bronze.

This phenomenon occurred with the European Championships too. His first European Championships was in 2014 and through 2019, he had achieved two gold medals and no bronzes or silvers at all. Indeed, with Tushishvili, it was all or nothing. In 2020, that trend was finally broken when he got his first European bronze. He repeated this feat in 2021 and again this year 2022. So, he now has three European bronzes.

Tushishvili is an interesting judoka because although he is a heavyweight, he is extremely athletic and very different from the fat and somewhat slow-moving heavyweights of yesteryear. He had long been considered to be the player to finally break Teddy Riner's long-running winning streak which began after the 2010 World Championships. And he very nearly did so in the semifinal of the 2017 World Championships where his nicely timed footsweep floored Riner (no score was given because Riner landed on his front).

Unlike many heavyweights, Tushishvili favors drop techniques like drop seoi-nage and drop sode-tsurikomi-goshi. It’s long been suggested that the player to beat Riner would have to be one who could drop underneath him.

Tushishvili has only fought Riner twice so far, and both times he lost. Will it be third time lucky for this Georgian? It really depends on the condition Riner is in. When these two players last fought, at the 2017 World’s in Budapest and at the 2017 World Open Championships in Marrakech, Riner was still looking sharp and powerful.

The Riner we saw at the 2020 Paris Grand Slam and 2020 Tokyo Olympics, was not nearly as impressive. In those events, he was sluggish and didn’t seem to be confident about his uchimata anymore. Tushishvili would probably prevail over a Riner like that.

Will we get to see a showdown between these two? And will Riner be back in top form when they meet again? Perhaps we might get a chance to find out at the upcoming Budapest Grand Slam in July, when Riner is slated to make a comeback. 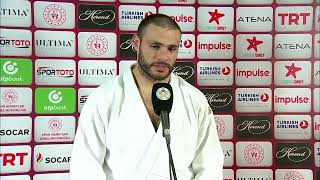 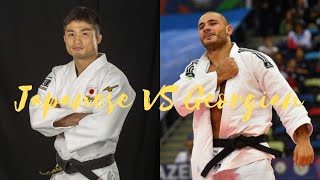 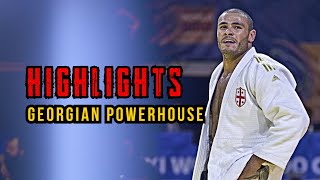