Team China is back and soon ready for world level China will be back soon to mingle in international judo. Team China have arrived with a team of 32 athletes in Europe, after one week training in Abu Dhabi. Now the full team was in Madrid last weekend to complete a three months preparation in Europe for the World Championships in October in Uzbekistan.

Chinese judo athletes will start fighting in the Spanish National League in Madrid and in the Spanish Super Cup in Valencia, to prepare the athletes for the upcoming international events like the Grand Slam in Budapest and the Grand Prix in Zagreb.

Team China’s complete European Tour schedule has been confirmed, with five different tournaments to get ready for the World Championship in October.

Male Head Coach Felipe Sanchez explained us: “After long time without international participation in  competitions it is important to start to find a good feeling on the mat, and I really think that our first competitions in Spain will be a perfect choice to prepare our athletes both mentally and physically.”

After that, Team China is heading to Vichy in France to start the second part of its preparation with more focus on the World Championships, with several weeks in France and in Spain before joining the last tournament in Europe, the European Cup in Coimbra in Portugal.

French coach Jean Pierre Millon who was a top athlete himself in the eighties (he was in the final of Tournoi de Paris in 1984), has recently joined the team to be in charge of the female team. Millon was working in China Team before in the last Olympic cycle and now he will lead the preparation for female team for Paris 2024 Olympic Games.

It was in 2019 for the last time that Chinese athletes competed at the World Championships. But 2021 was the only exception due to the COVID-19 situation as China competed at Worlds’ each year in this century. Yu Song was the last World Champion in 2017. The female heavyweights have always been incredible successful with world titles for Yu, Tong Wen, Sun Fuming, Yuan Hua, Xiaoyan Zhuang and Fenglian Gao. Never a male judoka from China won the world title, but Pan Song was the most famous (heavyweight) of all time in the late nineties. The last successful male athlete made quite an impression, Cheng Xunzhao who took Olympic bronze in Rio in 2016 with amazing judo. Cheng is now part of the Chinese staff. Together with other former top athletes such as Yang Xunjia and Lun Tongjuan are in the staff and present in Europe.

You can expect China to be back at the highest level with 32 strong athletes that will take some time to acclimatize to world level soon. 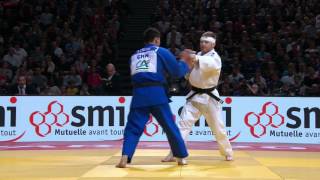 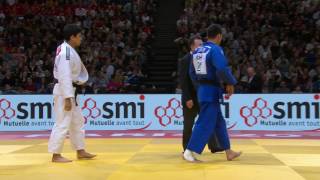 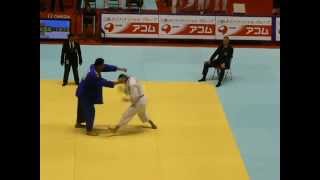